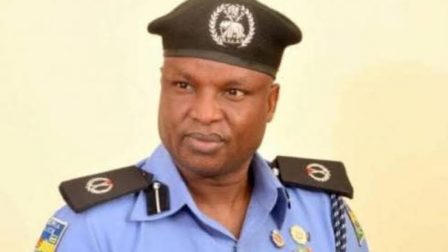 Embattled police chief, Abba Kyari has dragged the federal government to court over his continued detention.

Kyari is currently in the custody of the National Drug Law Enforcement Agency, NDLEA over his involvement in a N140 million cocaine trafficking deal.

In the suit marked FHC/ABJ/CS/182/22, Kyari is seeking an order from the court for his immediate release.

According to  POLITICS NIGERIA, Kyari, who is currently on suspension from the force, has earlier been indicted by the FBI over his involvement in a Fraud deal with disgraced fraudster, Ramon Olorunwa Abass aka Hushpuppi.

Justice Inyang Eden Ekwo is expected to look into the case today.

Collateral Damage For A Northerner To Succeed Buhari