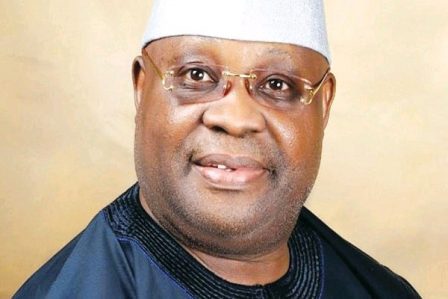 The five-member panel, led by Justice Amina Augie, ruled that the court lacked jurisdiction to hear the case after the appellant’s counsel, Adebayo Adelodun, SAN, withdrew an earlier notice of appeal that had been filed on time.

Adelodun, who appeared for the appellant and a PDP governorship aspirant, Dotun Babayemi, informed the court that he sought to withdraw the earlier notice of appeal in order to replace it with the new application he filed.

However, the panel determined that because the second appeal was filed after the deadline, the apex court lacked jurisdiction to hear the case. Section 285(11) of the constitution required that an appeal on a pre-election matter be filed within 14 days of the day of the decision.

Adelodun countered, saying that the motion was submitted on time and that counting began one day after the Court of Appeal’s ruling.

He was contradicted by the judges on the panel, who noted that in election cases, the clock starts ticking on the day the incident occurs.

They claimed that the supreme court had taken that stance and had upheld it for the previous eight years in regards to all issues involving elections.

They said that the only option to depart from its earlier rulings was for the appellant to request for a hearing before the entire court, which might lead to a departure from the earlier rulings.

According to them, a seven-member panel of justices would replace the current five-member body.

However, Justice Augie ruled that this would not be possible because the allotted time for the matter had already passed today (on Thursday).

Pre-election matters are subject to a 14-day time limit and are immovable, according to her.

Augie ruled that there was no basis for the court to exercise it’s jurisdiction.

Adelodun made additional attempts to convince the panel to consider the merits of the appeal, but those efforts were unsuccessful because the court determined that it lacked jurisdiction to hear the case.

As a result, Adelodun reluctantly decided to drop the appeal when Oluwole Jimi-Bada, Adeleke’s attorney, threatened to file a motion to request a N10 million fee if the appellant continued to drag out the process.

As a result, Justice Augie dismissed the appeal due to a lack of jurisdiction, and all other justices concurred.

According to the News Agency of Nigeria (NAN), Babayemi had requested that the primary election that produced the governor-elect be declared unconstitutional due to non-compliance with a court order.

He has asked the court to name him the PDP candidate for the governor of Osun election scheduled for July 16.

Adeleke’s victory in the governorship primary was maintained by Justice Nathaniel Ayo-Emmanuel of a Federal High Court, sitting in Osogbo, in his decision on the case on May 18.

Additionally, the Federal High Court, Osogbo, judgement was appealed, and the Court of Appeal, Akure Division, sided with the lower court and dismissed Babayemi’s appeal in its judgment of July 20.