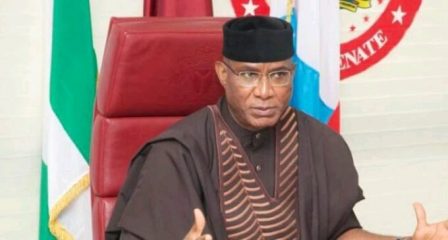 Thousands of youths in Sapele, Delta State, took to the streets, on Sunday, to endorse the governorship aspiration of the Deputy Senate President, Ovie Omo-Agege, on the platform of All Progressives Congress, APC.

The youths, under the aegis of City of Kings Solidarity, declared and pledged their support for Omo-Agege, whom they described as the right person that can lead Deltans to the promise land.

They said Omo-Agege’s vision for growth and development has been experimented when he was a senator and Senate deputy president, bringing development to urban and rural areas of the state.

The political rally was organised at the instance of Obomine Ekariko, a Sapele-Okpe community youth leader and President of City of Kings Solidarity.

The APC Delta Central Chairman, Paulinus Akpeki, said he was impressed with what Ekariko and the youths have done. “Next year is a decisive year, and the All Progressives Congress is determined to change the story of the state in 2023.”

While speaking, Ekariko said he was motivated to lead the solidarity rally for Omo-Agaege because he expect to see more development, especially in Sapele Okpe Community. “We must all come out to show support in 2023 for the APC.”