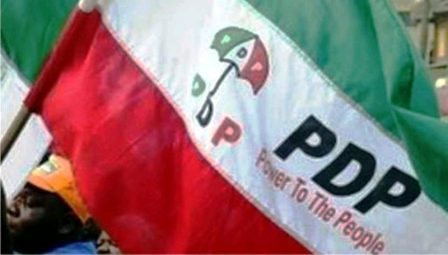 The Peoples Democratic Party is in disarray over the composition of the Presidential Primary Election Committee.

Rivers State Governor Nyesom Wike has expressed his discontent with the National Working Committee, led by Sen. Iyiochia Ayu, for reportedly denying Rivers State a seat on the panel.

“Wike is very angry, and he has made this clear,” a source acquainted with the situation told our correspondent. In fact, he confronted Samuel Ortom, the Governor of Benue State, who acted as a surety for Ayu when he was elected.

‘You brought this man, see what he’s doing?’ he said to Ortom.

“It was a serious blunder, but Wike does not believe so.” And you can’t dismiss his concerns because how else can you explain the presence of Representatives from Sokoto, Kwara, and other states where other presidential hopefuls hail from, or the absence of a representative from Rivers State, which is home to the golden egg?

“As far as he concerned, the party chairman, who is a known ally of former Vice President Atiku Abubakar, is possibly playing a risky game.”

It was also learned that this, among other things, was to blame for the Caucus, Board of trustee, and 96 NEC meetings being delayed.

The series of meetings was supposed to start at 10 a.m. with a caucus meeting, but it was pushed back a few hours to allow for more consultations and a resolution to the apparent impasse.

“You are trying to make a storm out of a teacup,” another party insider added. There is no problem here; whatever list is generated, we will meet and agree on it before the NEC ratifies it; there is no problem.”

The atmosphere was more casual when the meeting resumed around 8:15pm, when members came into the NEC Hall.

Sen. Iyiochia Ayu, the party national chairman, thanked party members for their support for the changes brought about by the new leadership in his opening remarks before the meeting went into closed session.

He stated that his team has been “under pressure” to make sure that everything is done correctly so that the party can take its due place in the system.

Ayu committed to continue to enhance the party physical structures and create a favorable environment for the party return to power in 2023.