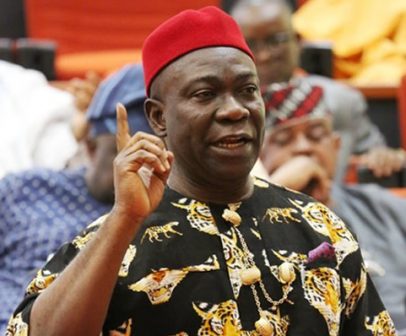 In a felicitation message by his Chief Press Secretary, Mr Olisa Ifeajika, in Asaba, Okowa extolled the leadership qualities and astute contributions of Senator Ekweremadu to the growth and democratic renewal in Nigeria.

He said that Ekweremadu, a former Speaker of ECOWAS Parliament has carved a niche for himself and deserved an enviable place in history for his immeasurable contributions to the development of the nation’s legislature, especially the Senate, over the years.

“On behalf of my family, the government and people of Delta, I wish to congratulate my brother and dear friend, the former Deputy President of the Nigerian Senate, a party stalwart and leader of inestimable value, distinguished Senator Ike Ekweremadu, on the occasion of his 60th birthday.

“Your Excellency, the invaluable contributions you have made to national development is worthy of note in the minds of Nigerians.

“You have remained committed, diligent, focused and dedicated to the service of mankind and I wish you goodluck and success as you aspire for greater responsibilities in the emerging political dispensation in the country and your dear Enugu State.

“It is my prayer that God Almighty will guide, protect and grant you more fruitful years of commitment to nation-building,” Okowa said.