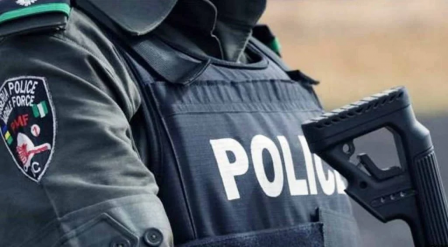 According to The PUNCH, an Ogun State High Court has ordered the immediate detention for contempt of Assistant Inspector-General of Police, Zone 2 Headquarters, Onikan, Lagos, and Superintendent Tijani Taofiq.

The police officers disregarded a court order requiring the AIG and Taofiq to pay N500,000 and N50,000 in damages, respectively, in a case involving a Chinese national, Chen Zheng.

The Chinese man was caught and imprisoned by the cops for a criminal offense, and his passport was subsequently seized.

Zheng is both the Sales Manager and Interpreter at Hand in Hand Industry Nigeria Limited.

Wednesday, the Igbesa High Court’s Justice Olugboyega Ogunfowora ordered that the senior officers be detained in the Ibara Correctional Centre in Abeokuta until the Chinese man’s property is restored.

In his ruling on June 9, 2020, Justice Ogunfowora ordered the applicant’s international passport with the number EB4555829 to be released.

According to the Nigerian Constitution, the failure to release the passport and pay the court-ordered fines constitutes contempt, which is punishable.

Ogunfowora directed in his judgment that the police be detained until the applicant’s foreign passport is released.

The applicant’s attorney, Seun Akinbiyi, SAN, praised the court’s decision in an interview with reporters following the verdict.

Akinbiyi noted that such a ruling will restore faith in the court system as the last chance of the average citizen.

“It is very significant that this is being done for the courage of the court, his lordship, and it is good for the sanctity of the court. We are very happy about that.

The Senior Advocate of Nigeria added that his chamber will see to the implementation of the judgement to the core.

“By the grace of God, we are going to see it that the order is carried out. That is the imprisonment of the AIG and the Superintendent. We will see it to the end.”

The Chinese national, however, expressed his worry over the case which has dragged on for over two years.