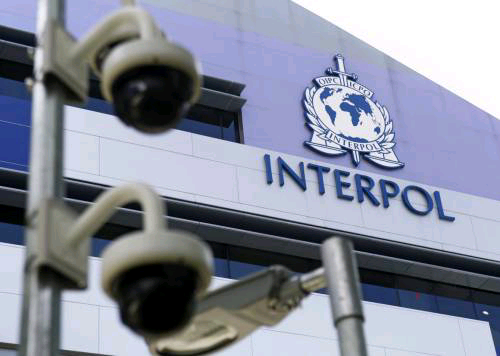 By Sahara Reporters New York
The Interpol and the Kenyan Police have, for over two months been investigating a string of cash transfers involving two Nigerian Fintech tycoons, Eghosasere Nehikhare and Bukunmi Olufemi Demuren, and another Nigerian. The suspicious transfers are up to $221 million (N128 billion) from Nigeria.

An investigation by Interpol has uncovered how more than Sh25 billion (N89.4 billion) was wired into Kenya from Nigeria between October and November 2020.

The Interpol and the Kenyan Police have, for over two months been investigating a string of cash transfers involving two Nigerian Fintech tycoons, Eghosasere Nehikhare and Bukunmi Olufemi Demuren, and another Nigerian. The suspicious transfers are up to $221 million (N128 billion) from Nigeria.

A source privy to the matter has since told Kenyan’s Nation newspaper that Nehikhare and Demuren and the other Nigerian enjoy the backing of a powerful Kenyan politician.

They reportedly, alongside two Kenyans, wired the cash in US dollars and Euros to Kenyan banks through multiple companies registered locally with shared ownership and suspect addresses.

Court papers indicate that the Assets Recovery Agency (ARA), which is investigating three companies over Sh5.6 billion — a quarter of the actual amount that entered Kenya — does not know the magnitude of its probe.

Local and international investigators have gathered a lot of information on the companies involved and their owners. However, they have tried to also unravel where the Sh20 billion was sent to.

On April 5, ARA obtained court orders freezing Sh5.6 billion in six bank accounts, but its investigators are unaware that the network of firms and individuals had moved another Sh20 billion through local lenders in one month in 2020.

An ARA officer recently confirmed that the agency was only aware of the Sh5.6 billion frozen; it has no details of an Interpol investigation first revealed by Business Daily.

The local daily revealed that a network of six firms — OIT Africa, Avalon Offshore Logistics, RemX Capital Ltd, RemX Ltd, RemX Investment Partners and Multigate Ltd — moved Sh25.6 billion from Nigeria to Kenya before wiring some of the funds to countries in Europe and Asia.

Despite confirming that ARA has yet to interrogate shareholders of the companies, the officer insisted that its investigations were ongoing and could see some of the suspects charged with money laundering and other economic crimes.

The source of the funds has puzzled local and international sleuths, who are trying to find the origin.

The Nation has established that Interpol’s investigation has hit a brick wall, as it would need to cooperate with Kenyan and Nigerian authorities to determine when, how and why Sh25.6 billion was moved between the two countries.

The information sought by Interpol would require obtaining bank statements of all accounts where the funds were stashed or moved from.

ARA’s lack of knowledge of the actual amount moved to Kenya in 2020 indicates that there is no cooperation between the agency and Interpol.

Directorate of Criminal Investigations (DCI) boss George Kinoti did not respond to queries by the newspaper on whether his agency was investigating the suspected money laundering racket.

The DCI has an economic crimes unit, and its mandate is to provide investigation reports on such with the aim of having perpetrators jailed or fined.

ARA, on the other hand, seeks to have illicit funds forfeited to the government. The funds frozen by the High Court were part of Sh25.6 billion wired into the country from Nigeria, before part of it allegedly vanished.

This means that the local banks that received the funds — Equity and UBA — could be the only way to determine where the Sh20 billion is or was wired to.

Two Nigerian financial technology tycoons are at the centre of investigations by ARA and Interpol. Boltpay founder Eghosasere Nehikhare and Multigate Limited founder Olubukunmi Olufemi Demuren could have started the global movement of billions from Lagos, ownership documents from the Companies’ Registry in Kenya show.

Mutligate and RemX are among companies registered in Kenya, Dubai and Nigeria and which are at the heart of the money transfers.

So far, Kenyan authorities have traced and frozen Sh5.6 billion, pending the conclusion of the investigations. The money is in six bank accounts owned by three companies.

However, according to the Kenyan Nation, investigators have so far frozen accounts of three firms — Avalon Offshore Logistics Limited, OIT Africa Limited and RemX Capital Limited. They are the owners of the accounts deposited with the money.

ARA, in court papers, claims the money was wired to six accounts held at Equity Bank and United Bank of Africa (UBA).

Through Principal State Counsel Mohamed Adow, the agency says the amounts were a culmination of suspicious credits from various suspicious sources and conducted suspicious transfers and withdrawals.

ARA says that on February 11, it received information on suspected money laundering schemes and acquisition of proceeds of crime involving multiple cash transactions conducted through the bank accounts of the three companies.

The money was from a foreign country and the source has no legitimate explanation involving the companies and their agents.

“The companies are suspected to be part of a syndicate involved in a complex money-laundering scheme involving themselves and foreign nationals.

The bank accounts of the companies are used as a conduit for complex money laundering,” says ARA.

The preservation order Justice Esther Maina issued bars the three firms, their employees, agents, servants or any other persons acting on their behalf from transacting, withdrawing, transferring or dealing in any manner howsoever with any profits or benefits derived or accrued from the funds.

A search at the Registrar of Companies revealed that RemX Capital directors are John Kisilu Kamusina and Evalyne Wawira Gachoki.