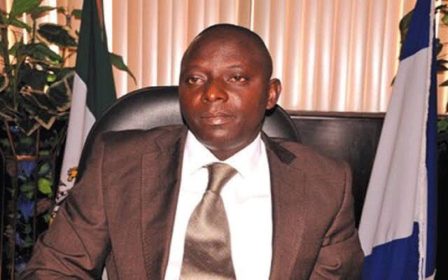 The Economic and Financial Crimes Commission on Monday sought leave of a Lagos High Court to allow its US-based witness testify electronically in the fraud case against Mr Ezekiel Bala Agaba, a former Director-General of the Nigerian Maritime Administration and Safety Agency (NIMASA).

Mr Agaba is being prosecuted over alleged N754.8M fraud while at NIMASA.

A post on the EFCC official Facebook page revealed that an application was filed by the Commission on March 18th, 2022 to have its next witness testify through electronic means.

The said witness, one Charles Aroawode Oboh, a Director in Aroward Nigeria Limited, is based in the United States of America.

The presiding Judge, Justice R.I. B. Adebiyi upheld the application.

“The prosecution is seeking an order granting leave to call the witness based in the United States of America to testify through electronic means; and for such other order, as this Honourable Court may deem fit, to make in the circumstance,” the prosecution counsel had said.