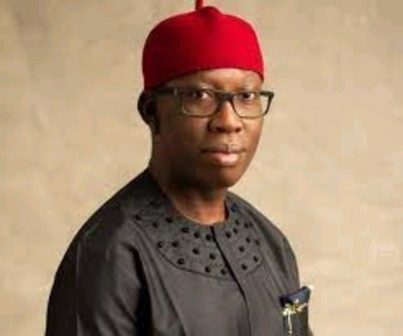 Gov. Okowa stated this during Stakeholders’ Summits on the Review of the Administration of Criminal Justice Law , 2016.

Earlier, Attorney-General and Delta State Commissioner for Justice, Isaiah Bozimo Esq, said that the Administration of Criminal Justice Law (ACJL) in 2017 was an affirmation that Deltans desired transformative change of criminal justice system.

Bozimo, who recalled that on September 29, 2021 his ministry submitted memoranda from stakeholders in criminal justice sector to evaluate their satisfaction with the provision of Administration of Criminal Justice Law .

While thanking the Honourable Chief Judge of the state and other key players in the judicial sector , the chairmen of the Nigerian Bar Association , Nigeria Police Force and officials of the Nigeria Correctional Services for their effective synergy with his ministry in one way or the other, Bozimo stated that his ministry undertook an extensive internal review to identify bottlenecks in prosecuting criminal trials.

The Attorney-General stated that the data from the Delta State High Court reviewed 124% increase in criminal charges filed in 2019(1085) compared with 2018(484) , adding that the ministry’s data showed that the Director of Public Prosecution sent 757 files for production in the zones in 2021.