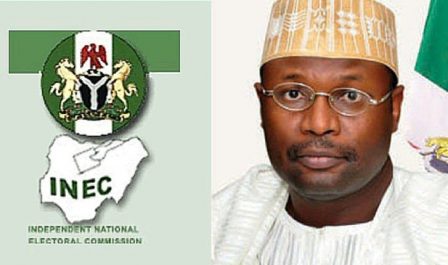 Speaking at the INEC Consultative Meeting with Political Parties and Head of Security Agencies in Asaba, Rev Udoh said the decision became imperative to prevent a likely breakdown of law and order.

According to Udoh, “we want peaceful primaries so that the other elections would be very easy. When we have a turbulent primary, it makes the other elections very difficult. That is why we are calling this meeting to advise all political parties to carry their members along in the processes of congresses and primaries. No one should be shut out; they should not give us a venue for the primaries then go to another location to do their primaries.”

He particularly warned against the practice of giving the electoral umpire a particular time for their shadow elections, only to reschedule it for midnight, “and expect INEC to accept their report.

“If INEC does not monitor what you do, we would write down our own report, we would not accept what they bring to us,” he stressed.

He further stated that no plea of ignorance from political parties over the changes in the 2022 Electoral Act would be entertained because I’m, in his words, “you cannot just go to the field without knowing what you are supposed to do.”

“If they (the political parties) are not aware, then it is not the fault of INEC. It would be their problem because they do not know what it entails to carry out a political assignment.

“If the political parties fail to go through the Electoral Act as Amended, there is going to be litigation, they will be found wanting because they did not do the right thing. The law is a respecter of no man. That is why APC suffered in Zamfara.

”What happened in Zamfara during the 2019 General election is a good example; it is a case that everybody should look at. Why was their winning overturned in the favour of another party? It is because of a faulty congress and primaries. If the foundation is faulty, the preceding elections would be faulty.

“We are trying to ensure all primaries are faultless, so by the time there is litigation, we know it is the party that erred” he asserted.

He maintained that additional centres have been created across the state to deal with the rising number of persons registering for the PVCs. According to him, we have enough for now. We had 26; we moved it to 73 as of today.”

While reiterating the preparedness of the commission to ensure hitch-free elections in 2023, he said the commission has capable personnel in its outstations across the 25 local government areas of the state.

”We have enough manpower to go round during the elections to monitor the process” he said.

“Those defacing billboards of political aspirants, those coming to disrupt elections would be appropriately dealt with. Those escorts or armed men who move with politicians would not be allowed entry into the venues. Also any other person who hires people to cause trouble would not be spared,” he declared.

He also assured that the command would synergize with sister agencies in ensuring smooth electoral process in the state.

Earlier, the leadership of the Youth and Young Adults of Redeemed in the Christian Church of God (RCCG), Delta State Pastor Ifeanyi presented signage boards to the Commission to aid voter’s registration across the state.

He urged the commission on continuous sensitization of voters to ensure an increase in registered voters for the 2023 polls, noting that a high number of persons above age 18 who are yet to register is enormous.