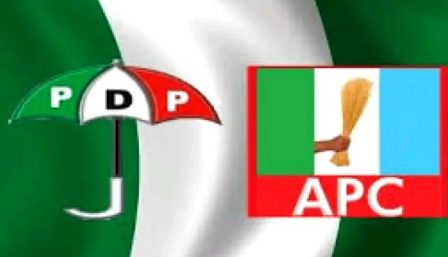 The ruling Peoples Democratic Party, PDP, in Delta State is likely to present its gubernatorial candidate for the 2023 governorship election on Friday, three days ahead of the ruling All Progressives Congress, APC.

According to the two political parties’ timetables, the APC will have its governorship primary on May 20, while the PDP will hold its primary three days later on May 23.

As of Sunday, the race for the APC governorship ticket in 2023 was still a one-man show, with just the Deputy Senate President, Senator Ovie Omo-Agege, known to have expressed interest on the party’s platform.

Chief Great Ogboru, the party’s governorship standard-bearer in 2019, was said to have finalized arrangements to run in the 2023 governorship election on the platform of the All Progressives Grand Alliance, APGA. He has not, however, divulged his strategy.

Speaker of the state House of Assembly, Rt. Hon Sheriff Oborevwori, and former Commissioner of Finance, Olorogun David Edevbie, both from the Delta Central senatorial district, are vying for the PDP’s nomination.

Deacon Kingsley Otuaro, the Deputy Governor, and Senator James Manager, who represents the Delta South senatorial constituency in the Senate, are both of Ijaw extraction and are vying for the party’s nomination.