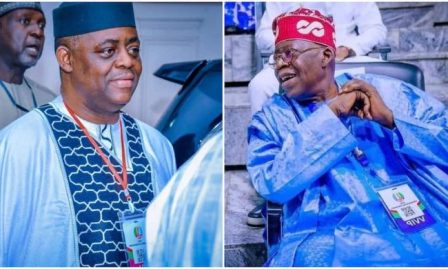 POLITICS NIGERIA recalls that the APC on Monday postponed its presidential campaign rally in Kwara State initially scheduled for Tuesday.

The Local Organising Committee (LOC), in a statement by Saadu Salahu, said the rally was postponed because it clashed with President Muhammadu Buhari’s trip to Mauritania.

But in another press statement hours later, Salahu stated that the PCC had approved that the rally should hold as many APC supporters have arrived in the state.

“The PCC gave the approval for the rally to hold as scheduled at 10 am on Tuesday following reports that the majority of APC members and supporters across the country have arrived in Ilorin.

“The Local Organising Committee assures all APC members and supporters that all arrangements are intact to have a successful rally.

“The committee urged those on their way to Ilorin to continue for full participation in the rally.

“It wishes all members across the country a safe journey and a successful rally in Ilorin,” the statement reads.