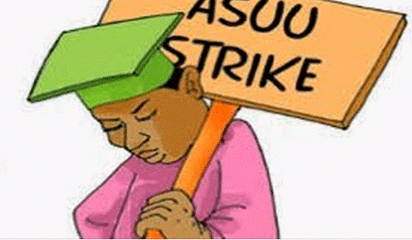 The Academic Staff Union of Universities, ASUU, has informed newsman that its current strike may be called off shortly.

The striking lecturers are considering postponing their three-month strike, according to a member of the union who talked with our correspondent on the condition of anonymity.

He believes the suspension will be lifted after three months, and that talks with the federal government would continue during that time.

He predicted that if the government did not satisfy ASUU’s demands within three months, the union will go on strike indefinitely.

This comes just hours after President Muhammadu Buhari urged the union to recognize the students’ suffering and end the walkout.

The union began a warning strike on February 14 in response to the federal government’s failure to meet its requests and implement earlier agreements between the two parties.

The strike was extended for another 12 weeks on Monday, May 9, and is anticipated to expire on August.