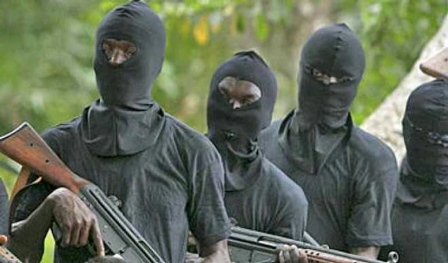 The hoodlums met their waterloo in the early hours of Monday, 16th May along Umunze road, Orumba South Local Government Area of the state and their operational vehicle recovered.

Confirming the development to, DSP Ikenga Tochukwu, the Command’s spokesperson told our correspondent that the gun-bearing hoodlums were killed by their Operatives on crime prevention patrol.

“Further details shows that these miscreants where obstructing the movement of innocent road users going for their businesses. The hoodlums forcefully collect their motorbikes and tricycles, chase away the passengers and the set the motorcycle or tricycle ablaze.

READ ALSO  Bandits open fire on traders in Benue market, kill one, injure 13
“Meanwhile, the Command operatives has intensify patrol within the state and the situation is being monitored.

“Further details shall be communicated please,” he said.

Anambra State has came under heavy attack in the early hours of today setting ablaze the local government secretariat of Idemili North, Magistrate Court and the office of Enugu Electricity Distribution Company, EEDC.

On Sunday evening, a local vigilante operative wearing a police uniform was gunned down along Eke Oko while the lawmaker representing the Governor of Anambra State at the state House of Assembly, Okey Di Okay was kidnapped.